Strong and Mighty at 25 | Nutrishop USA

Strong and Mighty at 25

Anna-Garrett Nash is a sweet southern girl with an old soul, an open heart and a gosh-honest approach to sharing her transformation story. She loves Jesus and her Boston Terrier, Elvis, who she takes to the park on warm, sunny days for a run (he usually only lasts a mile but she still shoots for three because “you can only carry a 12-pound dog for so long,” she said). However, the 25-year-old who started her transformation journey in January 2018 isn’t a huge fan of being judged, especially when it comes to her desire to lose weight and get fit. Regardless, she’ll use that judgement to her advantage.

In fact, it was judgment that sparked her “aha” moment and fanned the flames of her determination. You see, Anna-Garrett had just had an awakening of sorts. She’d just withdrawn from nursing school and went into town (Tupelo, Mississippi) to drown her sorrow in a hefty meal of multiple burgers and fries. Because she had extra time on her hands, she cleaned out her car afterward. As she pulled out gobs of fast-food wrappers and empty drink containers previously filled with sugary soda, she felt a wave of awareness. “I was just like, wow, this is a lot,” she said. Later, she saw a television ad for a local gym and decided it was time to change her ways for good.

Queue the naysayers: “You’re wasting your money,” they said. “You won’t stick to it. You’ve tried in the past and failed, so why bother?” they chided.

“That was my ‘aha moment.’ When I had people tell me I wasn’t going to do it. I was like, you know what? That’s kind of rude,” Anna-Garrett said with a chuckle. “So I decided I was going to go ahead and sign up. And I did the next day.”

To be fair, the naysayers weren’t wrong necessarily. Anna-Garrett readily admits she had tried to lose weight and get in shape in the past. At her heaviest, she was 272 in high school. She lost weight in college but not the right way. She’d tried other diets and workout programs but didn’t get anywhere. “I would eat well one day and cheat the next,” she said. “I just didn’t get the concept, and I just didn’t stick to it.”

But all that changed in January 2018 when Anna-Garrett joined Anytime Fitness. It was through this gym that she soon discovered Nutrishop Tupelo and met the owner Adam Richardson, who helped her understand proper nutrition. He also introduced her to the InBody body composition analysis machine, which measures body fat, lean muscle, hydration, and visceral fat. This tool became very important in Anna-Garrett’s journey because it helped keep her on track, and it helped Adam make the necessary tweaks to her meal plans so she could keep achieving results.

At the start of her weight-loss journey in 2018, Anna-Garrett weighed 209. By the time she got to Nutrishop in March 2018, she was already down 11 pounds. According to the InBody, she weighed 189.6 pounds, had 58 pounds of lean muscle and 84.2 pounds of body fat (she was 44.4% body fat). At her most recent weigh-in, she weighed 137 with 57.5 pounds of lean muscle and only 33.2 pounds of fat (down to 24.1% body fat). She’s switched from hiding behind a wardrobe of 2X T-shirts and leggings to sporting active wear and stylish outfits with the occasional crop-top that shows off her flattened and toned tummy.

In a society where 56% of America’s youngest adults ages 18 to 25 are overweight or obese, according to Johns Hopkins’ research, published in JAMA, Anna-Garrett is happy to be out of that statistic. The best part? Before her journey, she was on 11 different medications for various health reasons. Today, she only takes two. “I had a lot of breathing problems. I have asthma, but that on top of a lot of weight is just too much. I also would have a lot of aches and pains when walking,” she said. “After losing the weight, you realize how much you can actually do and how much better you feel.” 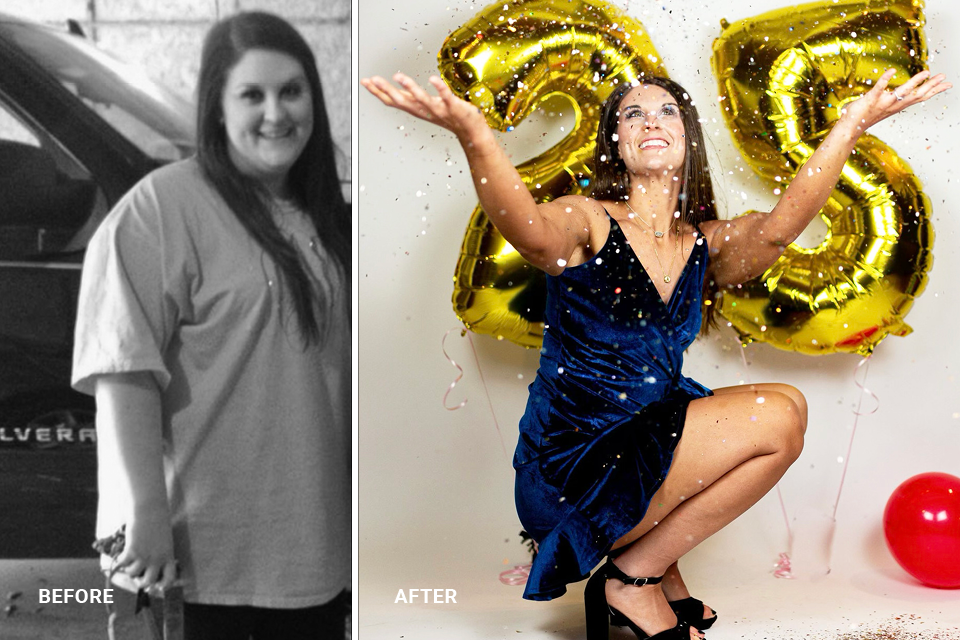 Anna-Garrett’s transformation took time because life loves to throw curveballs, like a worldwide pandemic that shut gyms and other businesses down. But she kept at it, even after she got hired at the Toyota plant in Blue Springs, Mississippi to work swing shifts (two weeks on days, two weeks on nights) in production. For perspective on how challenging this schedule is, her lunch breaks go from 10:15 a.m. for day shifts to 10:15 p.m. for night shifts.

While other people and maybe even the old Anna-Garrett would have used the new work schedule as an excuse to quit trying, she figured it out. Today she trains two days with a personal trainer doing push-pull/whole-body workouts, two days a week doing arms and abs and the rest on legs and glutes. “There are days that I don’t want to go because I’m tired,” Anna-Garrett said. “But after I work out, I feel looser and more flexible, and I just feel much better. So I have to go.”

Anna-Garrett’s nutritional needs have changed over time, something which Adam at Nutrishop helps her with. In November 2021, she switched to a keto diet, which is working well for her right now. She doesn't drink soda anymore. She also takes a handful of nutritional supplements available at Nutrishop, including BCAAs, Lipotropic, Ketovex, Thermovex, and DUSK. Adam and his wife, Stephanie, have played an integral part in Anna-Garrett’s journey, and they couldn’t be prouder.

“Anna-Garrett has persevered through so many trials and tribulations and has come out on top every time,” Adam said. “She has dedicated the past few years to becoming the best version of herself, and I am glad to have given that extra push when needed.”

When asked what advice she would give to others who are starting their own transformation journey, Anna-Garrett said quite frankly, “You’re going to have gym anxiety. You’re probably going to feel self-conscious. You’re going to feel intimidated, embarrassed, or feel like you’re being judged. … Just know that you are doing this for yourself. Don’t do it for anyone else. Know that the outcome is going to be better for you. And, as Adam (at Nutrishop Tupelo) always says, ‘Don’t be a quitter.’”

While Anna-Garrett is pleased with her success and is striving to maintain her weight loss and build more lean muscle, the naysayers are still around with words like, “You’re getting too tiny,” or “You’re losing your thick thighs. Guys don’t like that.” She admits the negative comments make her struggle, but then she also stands up for herself. For example, if someone tells her she’s too tiny, she just thinks to herself, “I may be TINY, but I’m MIGHTY, doggone-it!”

At the end of the day, Anna-Garrett has herself to thank for where she is in her journey. She put in the work. She made the difficult choices. She picked herself up when she fell down. But if you ask her, she’d give all the glory to God. “If I got off track, I would ask God to help me get back to where I needed. He is the one who has/is always there for me. … He has made all this happen for me.” 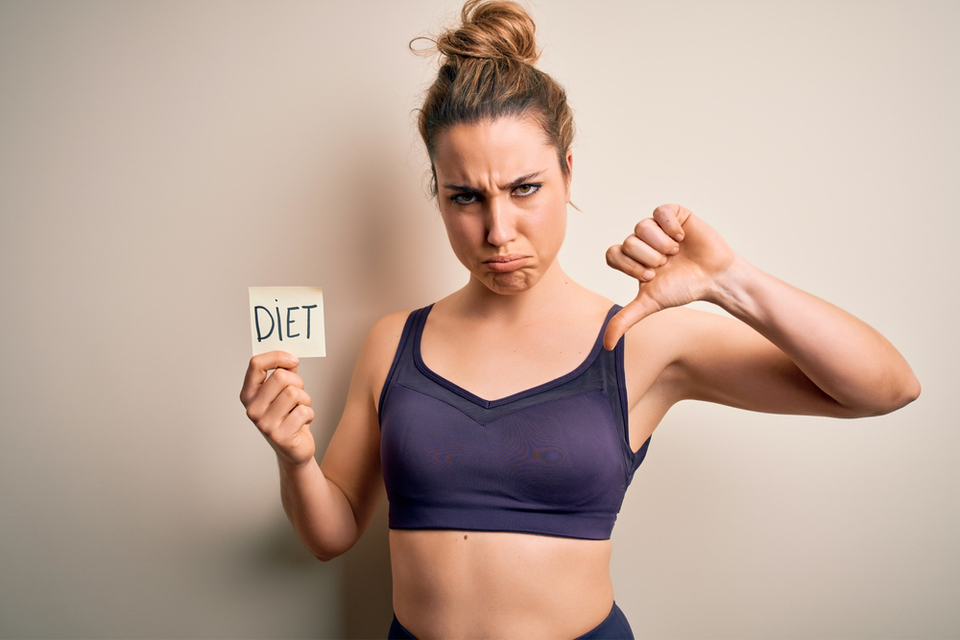 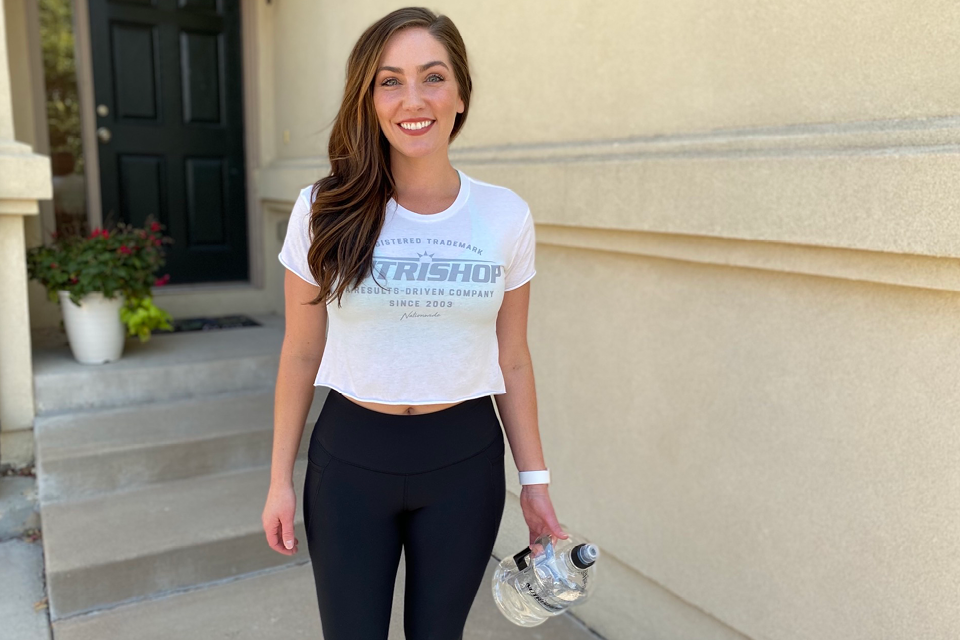 Be the Best Version of YOU 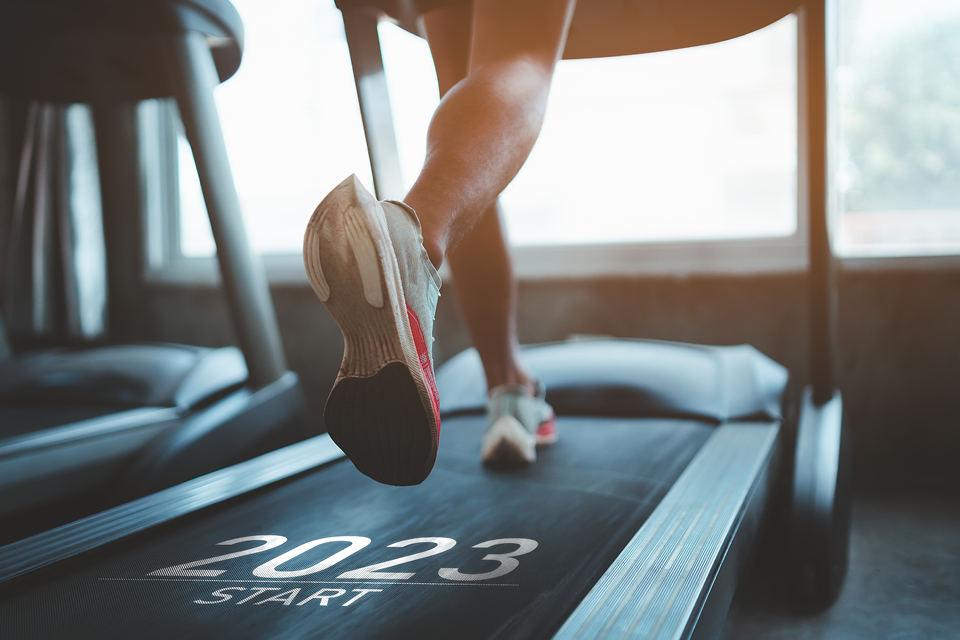 The Easy Way To Reach Your Goals

8 Healthy Habits To Live By 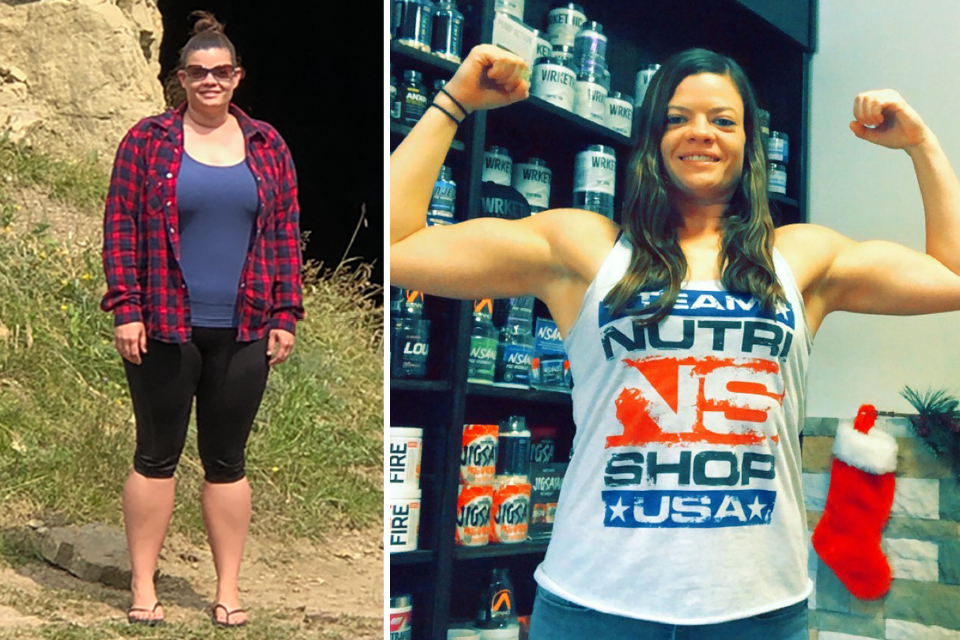 Sad and Sedentary to Fit and Happy 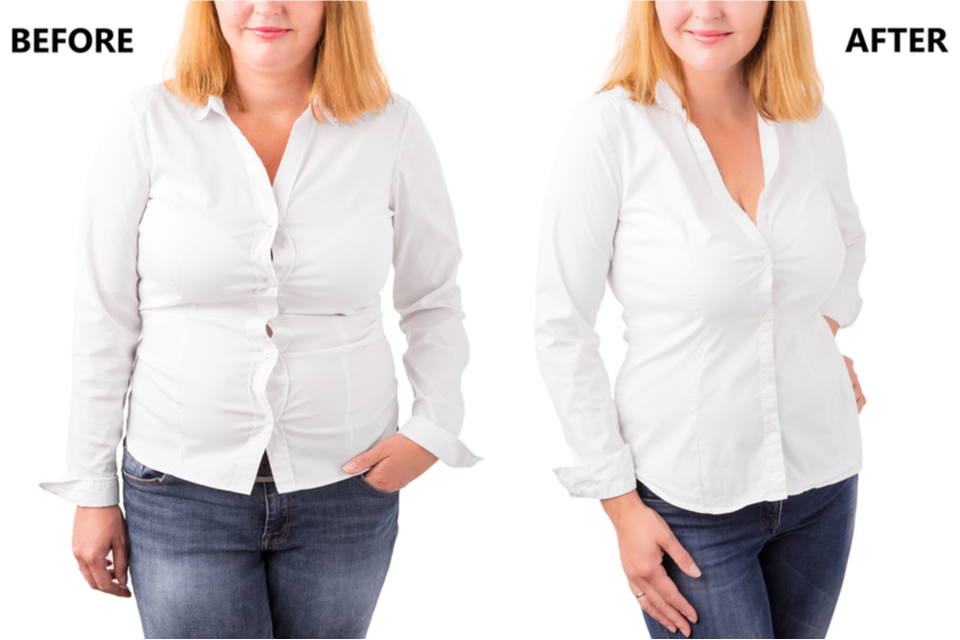