He's Going for a Three-Peat 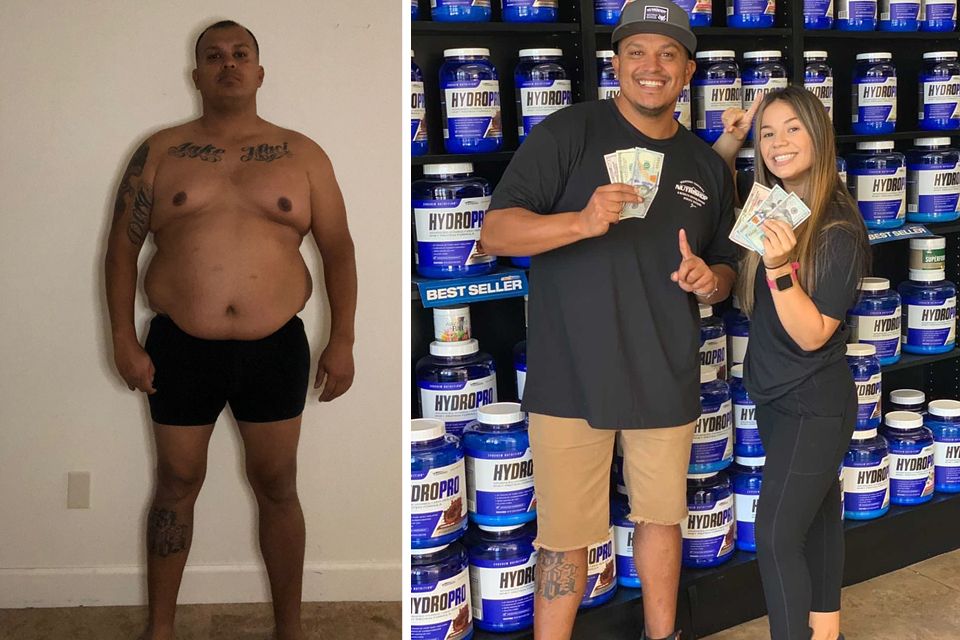 Vincent Lopez of Yorba Linda, Calif. found himself spiraling down into deep depression during his divorce. To cope with the pain, he turned to food. As he continued to overeat to forget his troubles, his waistline expanded. Then one day, he woke up to the reality of having three kids (ages 10, 13, and 20) and not being able to run around with them or keep up with them.

“That is when my biggest fear kicked in,” Vincent, 37, said. “I want to be able to grow old with these kids in a healthy manner where even at an older age, I still feel young because I chose my health and nutrition over being depressed and feeling low.”

Vincent knew he had to do something. So, he headed to the NUTRISHOP store in Brea, Calif. where his fit brother Johnny often shopped. In January 2020, Vincent joined his first Transformation Challenge, weighing 251.5 pounds with 41.3% body fat. He won that 8-week challenge by dropping down to 242.2 pounds with 36% body fat. Vincent kept putting in the work and joined a second Transformation Challenge in July, starting at 236.5 pounds with 34.5% body fat. By the end of that 8-week challenge, he dropped from a size 40/38 pants to a 36/34 and lost another 4.5% body fat. 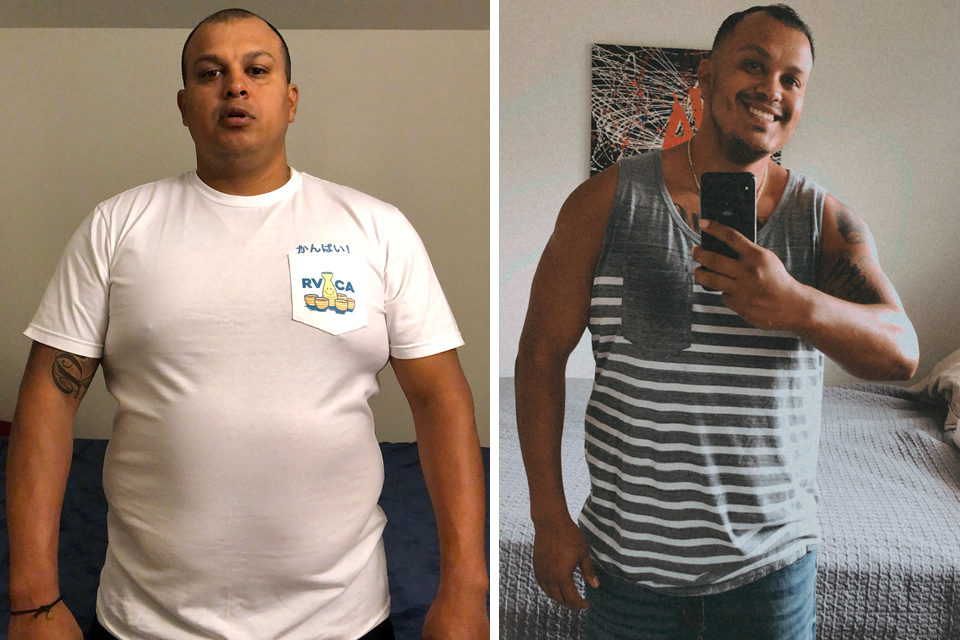 Vincent is not done yet. Slow and steady wins the ultimate race, and for him, that means getting down to 180 pounds with plenty of lean muscle. On October 10th, he signed up for his third Transformation Challenge at NUTRISHOP Brea. He’s going for win number three. When asked why he’s doing another competition, he said, “Gotta keep that fire lit! Challenge yourself and be the change that sacrifices your comfort. I’m looking to become a three-peat Transformation Challenge champion.”

Madison Avedikian, who owns the Brea NUTRISHOP location, said Vincent is as unstoppable as he is kind and helpful. “He is so inspiring and dedicated to achieving his goals; it’s contagious,” she said. “But, one of my favorite things about Vincent is the joy he gets from helping other people in their fitness journeys. I can’t tell you the number of people he’s brought in to the store so that we can help them achieve their goals right alongside him. He’s just as dedicated to helping his loved ones achieve results as he is his own.”

In fact, when the second Transformation Challenge ended, Vincent's friend, Emily Sanchez, who he encouraged to join, won first place for the female category (she is pictured at the top of the article along with Vincent, prize money in their hands). She started at 150.9 pounds with 40.3% body fat, but at the October 10th weigh-in (she's doing another challenge, too), she was 131.8 pounds with 31.7% body fat.

Vincent can’t help telling people about NUTRISHOP. Because of NUTRISHOP, he learned a different way to eat; to use food as fuel and not comfort. Since January, he has also been working out regularly with weights and doing cardio. He supplements with MERK pre-workout, and he has his staples: BCAA Sport, Nature’s Supergreens, and PRO7EIN Synthesis (all available exclusively at NUTRISHOP).

“NUTRISHOP has the ideal staff to help guide you on what you need to do to lose fat and gain muscle at the same time,” Vincent said, adding that the best part about NUTRISHOP for him was the entire team at the store. “Madison, Aaron, and Andres are people who support you in reaching your goals and they help you set new ones to look forward to instead of trying to sell you products that you don’t need.”

RELATED: Does Diet Really Matter for a Total Body Transformation?

When Vincent stepped on the InBody scan on October 10th to start his third Transformation Challenge, he weighed 232 pounds with 31.3% body fat. Since January, he has lost 31.3 pounds of actual body fat and has gained 10 pounds of lean muscle. He’s not concerned with his overall body weight because he said there was one month where he didn’t drop any weight, but he did lose body fat and gain muscle. So, while he only technically lost 3.4 pounds on the scale during the second Transformation Challenge, he actually torched 11 pounds of body fat and went from wearing an XXL to an XL.

Vincent is completely reshaping his body and he’s feeling great! “These challenges have taken me to another level of awesomeness,” he said. “Every transformation challenge has set a goal for me to reach, and I make sure I achieve it. I want to be that healthy individual who sets goals for his kids and those around me to motivate them to get out of a mentally challenged or depressive state of mind and get out there and give themselves a chance to succeed and put them and their health and sanity first.” 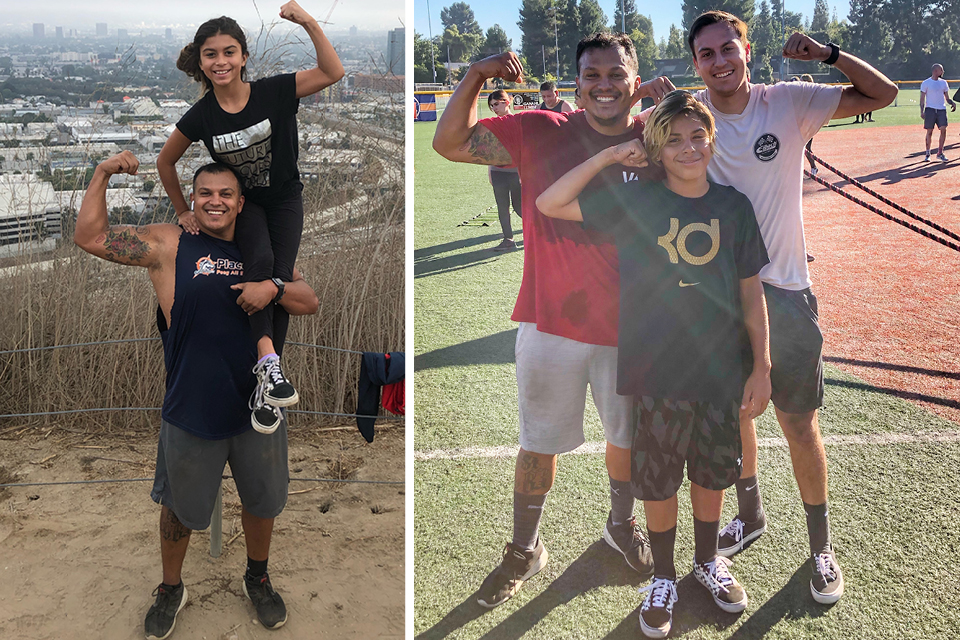 UP NEXT: How She Went from Sad & Sedentary to Fit & Happy 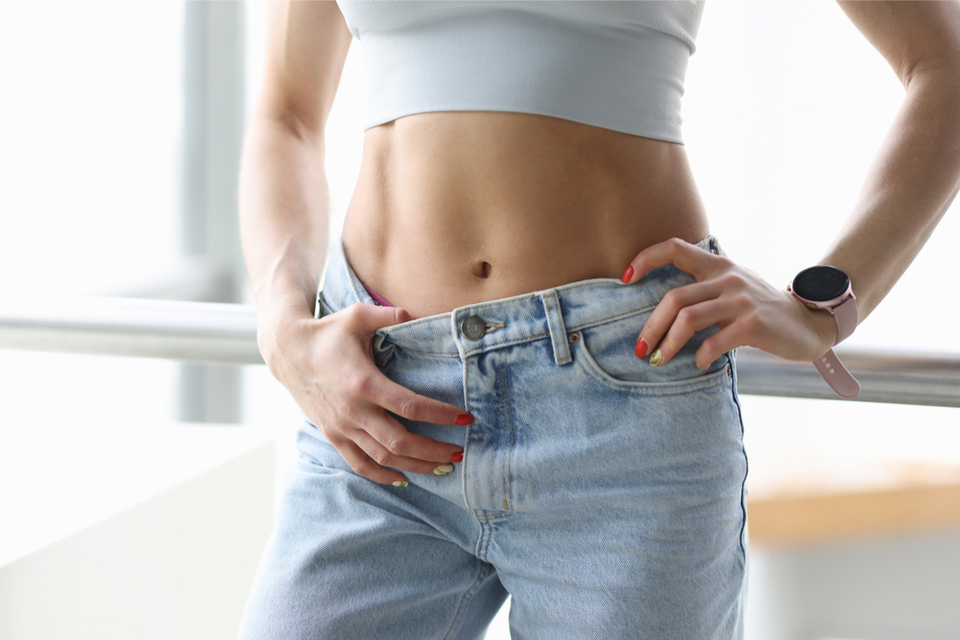 Why Slow & Steady Wins the Race 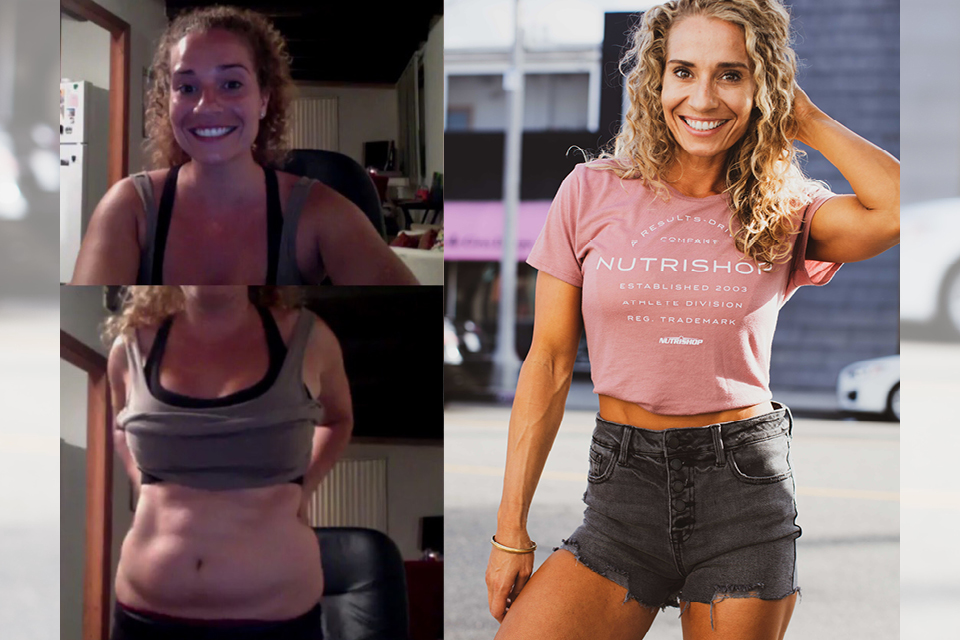 One Step at a Time Is All It Takes 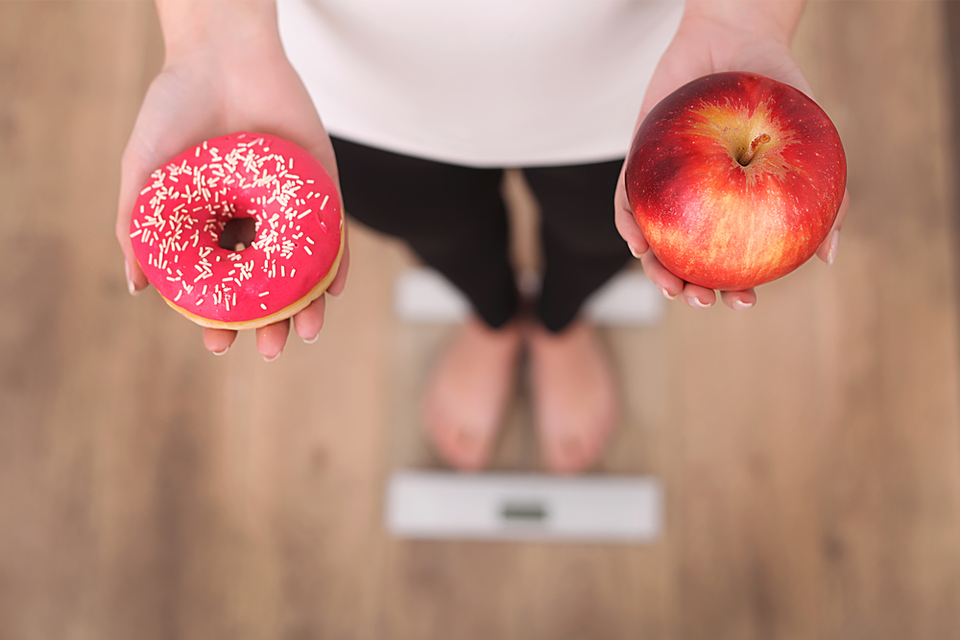 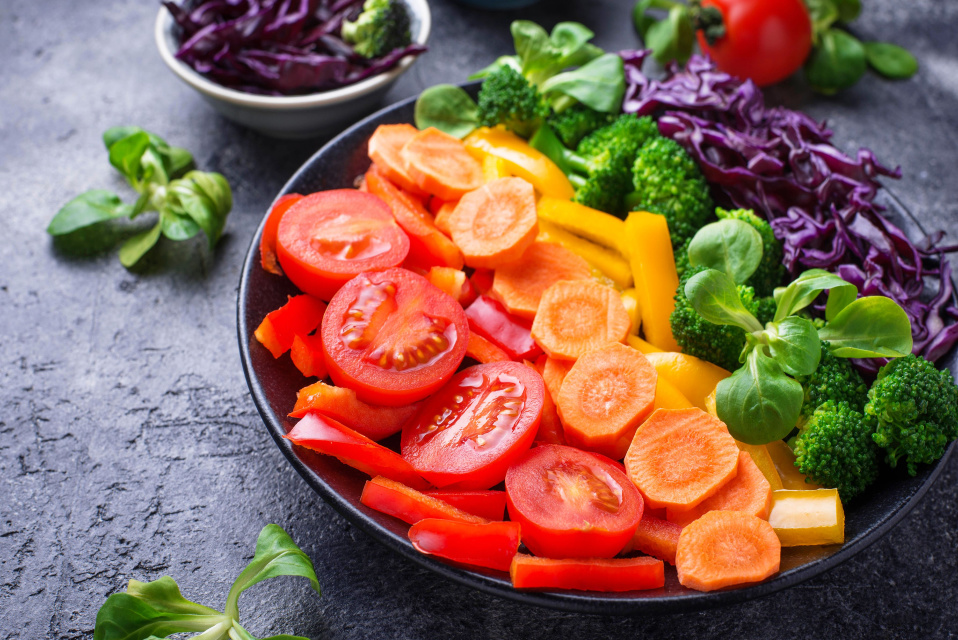 Why You Should Eat the Rainbow 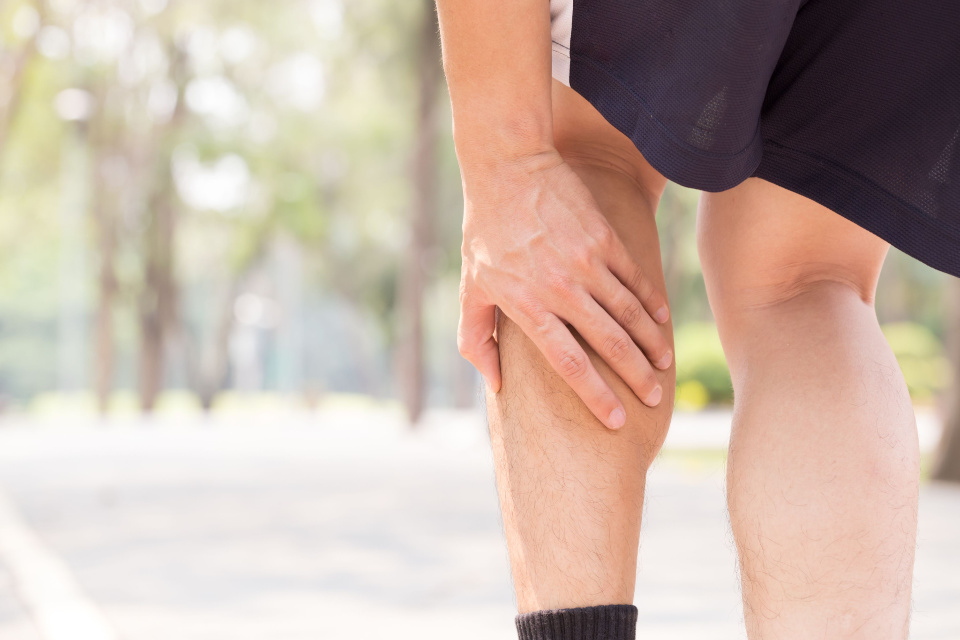 Why Are My Calves Cramping? 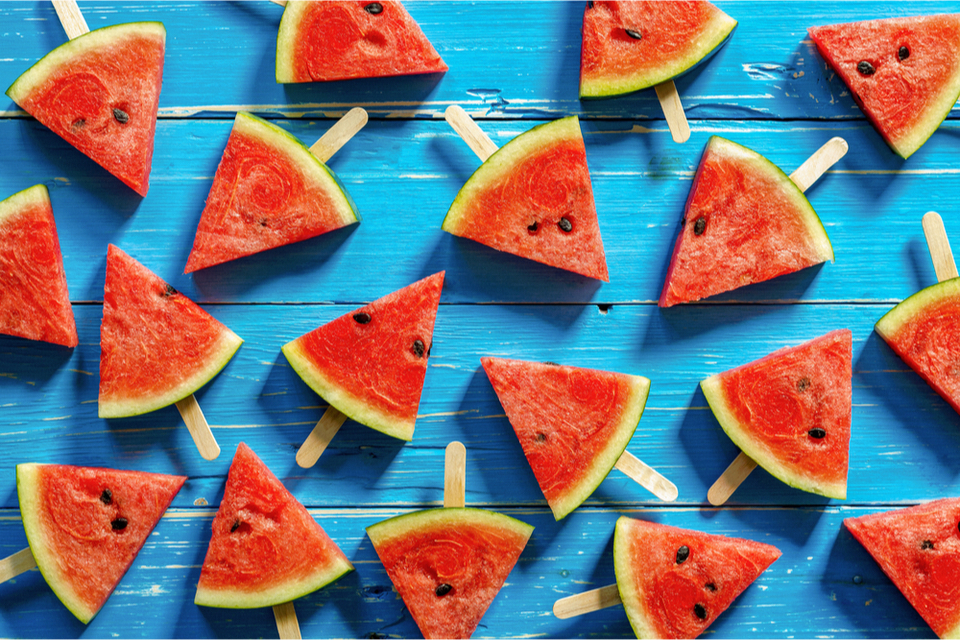