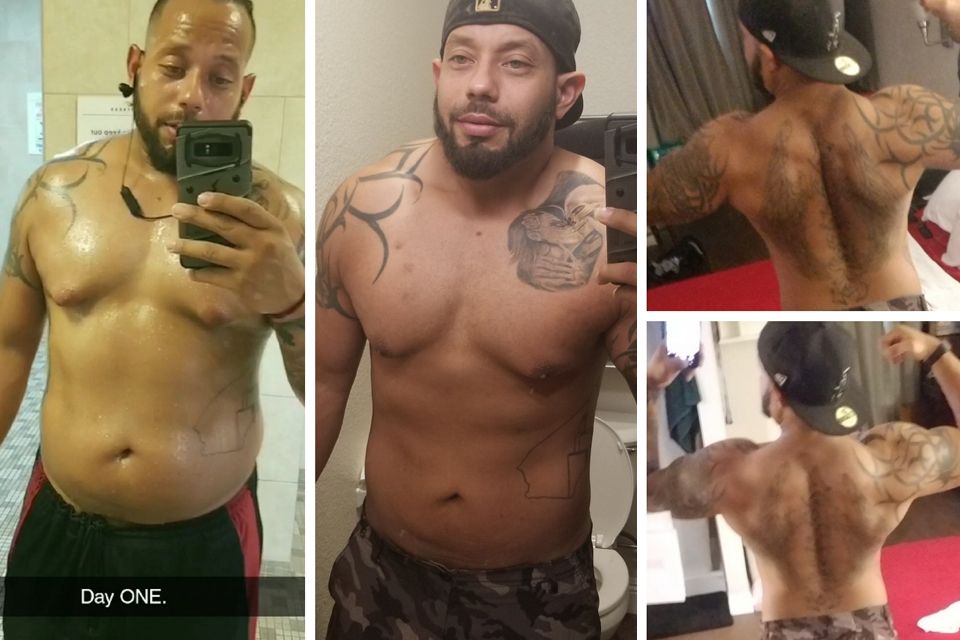 Juan Diego Sanabria, 35, of Pomona, Calif. served as a U.S. Marine Corps Combat Veteran deployed to Fallujah and Ramadi in Iraq. He got out of the service in 2011 forever changed – and not in a good way.

“I had survivor's guilt and hated the man I saw in the mirror,” Juan said. “I was slowly becoming more and more violent. I turned to alcohol to no longer feel anything and to numb myself from my pain.”

In 2018, Juan was a full-blown alcoholic and he used cocaine during the day to be able to function. From June to July, he sank to the lowest depths ever in his life.

“In those 30 days, I had the one-year anniversary of my father’s passing and laid to rest six friends from service or childhood that passed away due to suicide, violence, or accidental drug overdose,” Juan said. “I felt it was only a matter of time before my ticket was punched, and I, too, would be checking out.”

Thankfully, Juan didn’t check out. Instead, he found help from the Veterans Administration in Loma Linda, Calif. He underwent an intense Substance Treatment and Rehabilitation (STAR) program and received help for his mental health issues. Slowly, he started working towards healing from the inside out and living a sober life.

But something was missing. Juan had been a varsity football player in high school and had gotten into even greater shape due to the top physical conditioning required in the Marine Corps. After he got out of the service, he let himself go. He lost himself.

“In my healing process, I longed to get back into shape, so I started working out again,” Juan said. “Then I decided to walk into the Nutrishop in Glendora for supplements, and Rick [Rodriguez, the store owner] was there. A ‘bro’-mance was soon born. Rick has always been kind and supportive and listened to me when I spoke with him. He was sincere in his kind words.”

Juan set a goal to get under 20% body fat, and with Rick’s help, he got down to 18%. Juan said Rick has been and continues to be a tremendous and encouraging support system, helping him channel his frustration in the right direction.

“I am now 18 months clean and sober. I’m stronger than I have EVER been in my life. And, I’m looking the best I have EVER looked,” Juan said, excitedly. “My confidence is back. My swagger is back. I’m no longer a violent person. I am kind and super funny again.”

Rick is proud of Juan’s efforts. “Juan’s perseverance and commitment to reach his goals are second to none,” Rick said. “He will not let anything stop him.”

Juan said he is grateful to Rick for how he helped him transform over the past year and a half, not just physically, but mentally as well. Juan now has a new goal. It is to be an advocate for veterans suffering from mental health issues like he was.

“A healthy mind is greatly influenced by a healthy body and healthy habits,” Juan said. “THAT is what Rick and Nutrishop Glendora provided for me that no one else could or would!”

UP NEXT: Consistency is the Name of the Game

Join the Nutrishop family! Stay connected with our free VIP Text Club Program and stay up to date on the latest product releases, receive text-exclusive savings, product and gear giveaways and more.

Do Not Sell My Personal Information